Stepanovich Law is a full service law firm, representing clients locally and nationally.  It was founded by John Stepanovich and is currently located in Virginia Beach, VA.  John honed his national repuatation litigating First Amendment cases, including religious rights and land-use matters in Virginia and New York.  If you would like to learn more about Stepanovich Law, please email us at info@stepanovichlaw.com.

John Stepanovich has been called a “lawyer’s lawyer” by those within the legal profession. In fact, one federal judge even describes him as a “trial lawyer with few peers.” He is certified as a Life Member of the Million Dollar and Multi Million Dollar Advocates Forum, one of the most prestigious groups of trial lawyers in the United States. Fewer than 1% of U.S. lawyers are members.  And he has also been selected for lifetime achievement as one of America’s 100 Top Attorneys.
His legal career also includes the distinct honor of participating in numerous constitutional cases before the United States Supreme Court. Besides being admitted to practice before the U.S. Supreme Court, he is admitted to practice before federal district courts in Virginia, New York and Ohio along with the United States Court of Appeals for the 2nd, 4th and 6th Circuits.
Mr. Stepanovich has appeared on national television and radio as a lecturer on constitutional and civil rights issues, and he has been published in legal periodicals for his work on constitutional issues. He serves as an Adjunct Professor at Regent University in Virginia Beach, Virginia where he currently teaches Trial Practice.
In forming Stepanovich Law, PLC he brings over 30 years of real courtroom experience, and his “small town values” of personal dedication and sincere concern to every client. Mr. Stepanovich’s main office is located in Virginia Beach, Virginia, but he also has an office in Nanuet, New York.
Education
In 1981, he received his degree in Political Science, Bachelor of Science, from Kent State University, Kent, Ohio and in 1984, his Juris Doctor from the University of Akron, Akron, Ohio.

Attorney John G. Stepanovich has been selected as a lifetime member of The Million Dollar /Multi-Million Dollar Advocates Forum, the top trial lawyers in America ®. Fewer than 1% of U.S. attorneys are members.
Visit Listing Here. 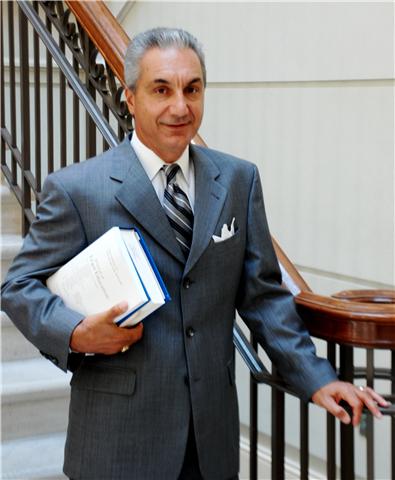 With 30 years of real courtroom experience, John’s “small town values” allows him to give sincere attention to every client, while his reputation for being a “lawyer’s lawyer” enables him to get results for those clients.

Attorney John G. Stepanovich has been selected as one of
America’s Top 100 Attorneys.
Visit his listing here.

Jonathan Young graduated from Thomas Edison University (B.A. 2009) and Regent University School of Law (J.D. 2012), where he competed for the Moot Court Team and served as Senior Editor on the Journal of Law & Public Policy.  He practices in Hampton Roads and has worked with Stepanovich Law ever since he passed the bar.  His practice areas are: constitutional and civil rights litigation, construction litigation, personal injury, business litigation and contract dispute, contested estates, and zoning & real property.

Mr. Young is a member of the Young Lawyers Division of the Virginia Bar Association, and serves on the adoption committee of New Covenant Presbyterian Church.  When he is not advocating in court for his clients he enjoys playing chess, going to the beach, and watching football.